BIBLE PASSAGE: Acts 13:1-3; 14:8-28
MAIN POINT: The Holy Spirit sent Paul and Barnabas to tell Jews and Gentiles about Jesus.
KEY PASSAGE: Acts 1:8
BIG PICTURE QUESTION: How do people hear about Jesus? God uses Christians to tell others about Jesus so they may repent and be saved

Jesus’ followers preached the gospel in Jerusalem, and the good news spread to places like Judea and Samaria. More and more people believed, and new churches began as both Jews and Gentiles began to follow Jesus. Barnabas went to Antioch—a city about 300 miles north of Jerusalem—where he brought Paul to help teach the believers. The church in Antioch grew. It was in Antioch that the disciples first became known as Christians. (See Acts 11:26.)

The Holy Spirit told the believers at the church in Antioch to send out Paul and Barnabas to preach the gospel. The church obeyed, and Paul and Barnabas traveled to several cities and all over the island of Cyprus, telling both Jews and Gentiles about Jesus.

Consider Paul—once a devoted persecutor of Christians—now a Christian missionary, devoted to obeying God’s call to go and tell others the good news about Jesus. This was Paul’s first missionary journey, and it wasn’t easy. Paul and Barnabas faced rejection in every place that they traveled. Some of the people believed, but some of them were angry. Many people rejected the truth about Jesus. In some places, the Jews made plans to kill Paul.

In no place did Paul and Barnabas soften their message or abandon their mission. In Lystra, Paul healed a man, and when the witnesses to this miracle began to worship Paul and Barnabas, the two men emphatically gave credit to the one true God. When Paul’s enemies attacked him and left him for dead, Paul continued on. Paul and Barnabas shared the gospel in Derbe (DUHR bih), and many people believed.

The Holy Spirit sent Paul and Barnabas to tell Jews and Gentiles about Jesus. If Paul had not taken the gospel to the Gentiles, many of us would probably not be believers today. God uses people to tell others about Jesus so that people all over the world can be saved from their sin by trusting in Jesus as Lord and Savior.

Paul and Barnabas faced many people who rejected the good news about Jesus. But God had a plan for Paul to share the gospel with Gentiles, no matter what troubles Paul faced. Many believed in Jesus. The church grew and the gospel was shared so that people all over the world could be saved from their sin by trusting in Jesus as Lord and Savior. 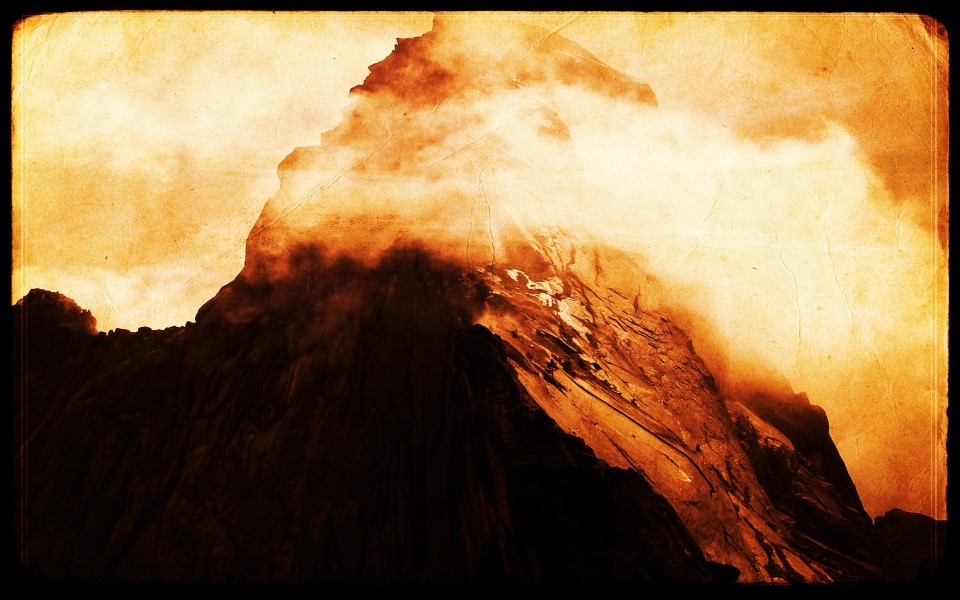 Big Idea:  How do we handle it when we do the right thing, but the results are not what we expect?

BIBLE PASSAGE: Acts 9:1-25
MAIN POINT: Jesus saved Saul from his sins and chose him to spread the gospel.
KEY PASSAGE: Acts 1:8
BIG PICTURE QUESTION: How do people hear about Jesus? God uses Christians to tell others about Jesus so they may repent and be saved

Saul was no stranger to religion. He grew up in a religious household. He was a devout Jew who was born in Tarsus (Phil. 3:5) and inherited his Roman citizenship from his father. So when people began talking about this man named Jesus and claiming that He was the promised Messiah, Saul was defensive.

Saul believed strongly in the Jewish faith of his ancestors. He violently persecuted God’s church and tried to destroy it. (Gal. 1:13-14) He dragged believers from their houses and put them in prison. He approved of the stoning of Stephen, the first Christian martyr. Saul thought he was doing the right thing by defending Judaism, but God’s purposes could not be stopped. As Saul was on his way to arrest believers in Damascus, the Lord stopped him in his tracks.

Jesus revealed Himself to Saul, and Saul was never the same. He was struck blind and led into Damascus, where a believer named Ananias placed his hands on Saul. Suddenly, Saul could see again. Saul was convinced that Jesus is Lord. Saul later described the experience as being like dying and receiving a new life. (Gal. 2:20; 2 Cor. 5:17)

God had a purpose and a plan for Saul. He had set Saul apart before Saul was even born. (Gal. 1:15) God said, “This man is My chosen instrument to take My name to the Gentiles” (Acts 9:15).

Jesus changed Saul’s life. As you talk with your kids, clarify that conversion happens when a person recognizes his sin, repents, believes in Jesus, and confesses Jesus as Savior and Lord. Jesus changes a person’s heart, and as a result, his life is changed too.

Jesus appeared to Saul and changed him inside and out. Jesus Christ came into the world to save sinners. (1 Timothy 1:15) Jesus called Saul, also known as Paul, who was once an enemy to Christians, to spend the rest of his life telling people the gospel and leading them to trust Jesus as Lord and Savior.

Each year I claim a verse and pray it into my heart for the year. This year, Psalm 46:10 has captured my soul: “Be still, and know that I am God; I will be exalted among the nations, I will be exalted in the earth.”

Christ purchased stillness for us on the Cross. Death, judgment, and hell were swarming over our souls, but Christ died in our place, taking our judgment, death, and hell, so we can be still before the God who now receives us completely and totally forgiven…the gift for anyone and everyone who believes. Hallelujah.

A look back and a look ahead…

First, I want to thank God for each of you who contributed dollars and hours to our Sunday School room project. It’s nearing completion, and this opens a door for another project this summer. On one hand, “it is just a building,” but on the other hand God saves and sanctifies people in real spaces in real history. May He do so here.

Membership Class Coming: For those interested in becoming members of Cornerstone, we’ll hold a 4-8PM Membership Class Sunday night February 17 (supper provided; no childcare on site, but we will reimburse for babysitting expenses you incur.)

Associate Pastor Search: The search team has worked through resumes, talked with some candidates over phone and coffee, conducted interviews, and  have moved on with getting references. Pray for wisdom and grace to permeate this process.

Small Groups are launching. These weekly gatherings are for seeking God in His Word, and in prayer, with others. Each groups is unique. Let me know if you want to join one of the groups who has some space for new folks…

Most of these small groups study the sermon text in advance of our Sunday gathering. They go through the text, often using the questions I provide. I’m including the questions that relate to the February 10, 2019 sermon…

Summarize the two incidents.  How are they similar? How are they different? What do these encounters reveal about God? How did Pharaoh respond?

Summarize the three incidents. How are they similar? How are they different? What do these encounters reveal about God? How did Pharaoh respond?

How is Pharaoh’s response similar to how people respond to Jesus, or the Bible, or life situations today?

Note that Pharaoh wasn’t responding to God’s judgments. What does it mean  for us or others when we reject the mercy and grace that comes from Jesus’ death on the Cross?

May God bless you as you meditate and respond to His Word.